By not addressing Biden’s character, one tempts us to strain out the gnat of Trump’s follies while swallowing the camel of Biden’s decades of public dishonesty and corruption.” (Mark Devine)

“Last week, well-known faith leader John Piper wrote an article about why he could not vote for President Trump. Some ‘never-Trumpers’ applauded. I completely disagree with his reasoning—he is wrong on this issue.”(Franklin Graham)

[The wisdom-deficient reasoning amongst liberals] sanctifies Christian abandonment of the unborn on November 3 in favor of using the election as a pedestal on which to display the personal virtue of the voter, a pulpit to chastise the world as sinners, and a platform on which to spank two political parties that cannot clear some undefinably high hurdle of righteousness. (The American Spectator)

[Attempts to morally equate] abortion and Trump’s character is preposterous on its face and finds legitimation neither in the Bible nor in 20 centuries of moral teaching in the church of Jesus Christ. (Mark Devine) 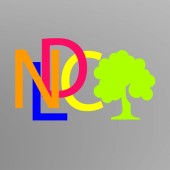 New Life Development Center was founded in the Fall of 2012. Here at N.L.D.C., we are committed to equipping Christians to do the work of Christ. We see a desire amongst our fellow brothers and sister in Christ to go deeper in the things God. We want to cut through the chaos and provide clear information to the Saints of God so that they can live a love-filled life in Christ.

Bow Down – Democrats Give In To Islam

IN ORDER TO BRING PEACE ON EARTH, LIBERALS ARE WILLING TO DESTROY IT

Major Increase In Depression Diagnoses In The United States

This site uses Akismet to reduce spam. Learn how your comment data is processed.

Who did you vote for?
Total Votes: 2
×
You or your IP had already vote.