CALM IN THE STORM

Well, Election Day 2020 has come and gone and no new president (despite what any media outlet is saying). The fact is until a President is sworn in, he is not the president. Right now, there is only one president sworn in and that happens to be President Donald J. Trump. Will you stay calm in the storm?

Now if you are saying to yourself, I already know that, and no one is disagreeing that President Trump is not the president until the inauguration in January. So, what is your point?

As I am reading various blogs and posts out there on social media about how President Trump needs to concede or admit that he lost the election, I am finding in the responses to them (mostly by Trump supporters) an undercurrent of trepidation and, do I dare say, a little fear! Yes! I said it fear.

Our president is, as usual, being maligned by (as Rush calls them) the drive by media. They are stirring the old pot of Trump, and stolen and / or stealing elections. They want nothing more than to whip us up into a frenzy of fear and inaction. Loving for those of us who believe President Trump won fair and square to begin to become afraid that it is over and we need to give in — give up, give away — any notion that Joe Biden is not the dully upheld President Elect.

Big tech and the national media outlets are bent on keeping the storms of controversy blowing. They are going to be relentless in getting those of us who support the president riled up and acting out. For them it will be their usual playbook. Anyone who is deemed a “Trump Supporter” will be painted with their ole “Racist”, “Homophobic”, “Bigoted” brush and need to be silenced and banned.

As though the totality of we who support the president are all middle-aged white guys. When the reality is the president is supported by people of all stripes, old, young, male, female (in the traditional definition ?) and all kinds of diverse ethnic groups. Nothing could be further from the truth or shall I say their lie that “Trumpsters” are a singular monolithic group.

We know their arguments, trying to make us believe “President Trump really lost and is being his usual stubborn self — in not admitting defeat”, are not based in facts, rather they are based on unfounded irresponsible rhetoric.

Nevertheless, on some level their tactics are succeeding. Their emotional guilt bombing has worked to make us feel uneasy and anxious in our support for the President. Perhaps even causing in us some level of uncertainty as to whether there is enough evidence to prove President Trump really won.

Let’s look at this so-called election crisis through a biblical lens. I want to encourage all of you who are reading this article with two points. Point number one is “Truth”.

Calm In The Storm | Truth

A famous person once said that the truth will set you and me free (I think you all know of whom I am speaking). That’s right, none other than our Lord and Savior Jesus Christ.

John 8:32- “Then you will know the truth and the truth will set you free”.

Albeit he was speaking of his teachings as to the truth that sets us free, we know that his statement as a general principle holds as well. When the light of truth is shone on any situation facts become known and the truth is borne out. Much like mud and silt in a stream are cleared up when the hands and feet of those who stirred the waters are removed.

What we need to do is to stay calm and focused, praying and pushing back, with intelligent well-informed answers.

KISS – “Keep it simple sweetheart”. Nothing could be more simple and powerful than the Constitution of the United States. The original Constitution, took up four pages of parchment; today’s standard pocket Constitution normally devotes 17 printed pages to the basic Constitution and another 17 to the Amendments and yet it has managed to keep 300 million of the world’s most unruly, passionate and energetic people safe, prosperous and free for over 200 years!

President Trump knows given the opportunity, the Constitution of the United States will prevail and win out bringing light to the election results. In the process it will also remove those figurative hands and feet that are, at present, stirring mud and clouding the waters.

Point number two is “Peace” through faith. Again, let’s go to the Bible and find out what God’s word says on the matter.

Calm In The Storm | Peace Through Faith

Then he got into the boat and his disciples followed him. Suddenly a furious storm came up on the lake, so that the waves swept over the boat. But Jesus was sleeping. The disciples went and woke him, saying, “Lord, save us! We’re going to drown!” He replied, “You of little faith, why are you so afraid?” Then he got up and rebuked the winds and the waves, and it was completely calm. The men were amazed and asked, “What kind of man is this? Even the winds and the waves obey him!”

In this world there are so many things out of our control, I dare say more than we would even like to admit. The same goes for the final election results and the inauguration of the next President of the United States. The only control we have is remaining faithful, and trusting that God has us in the middle of the storm. He and He alone is in control even of calming the fiercest head winds and waves of the storm.

It does not matter what the far-left throws at us, what conspiracies they are behind, cheating they will do and lies they will tell. God is on our side, and knowing that is a great comfort to me. When we voted we did what God required of us — “We rendered under Cesar what is Cesar’s” (see my next article).

Now it is time to keep the faith knowing this above all else, regardless of the circumstances.

God loves us cares about us and wants the best for us. 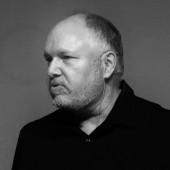 Matt was born and raised in New York. He has been married for 29 years and has actively served the Lord in New York, South Carolina, Florida and Arizona. Matt was Ordained as a minister through International Ministerial Fellowship (IMF) in 1996 and holds a Bachelors Degree in Pastoral Studies from Trinity College. As a Minister he has a strong Prophetic and Deliverance calling and message. Matt has served as a Deacon, Children’s Minister, Revival Evangelist, Youth Evangelist, Bible College Instructor, Senior Pastor, Teaching Elder, Coach and Mentor for Life Group Leaders and now most recently as a Spiritual and Political Analyst and Blogger.

What You Need To Know About DACA & Dreamers

IN ORDER TO BRING PEACE ON EARTH, LIBERALS ARE WILLING TO DESTROY IT

This site uses Akismet to reduce spam. Learn how your comment data is processed.

Who did you vote for?
Total Votes: 2
×
You or your IP had already vote.